You are currently viewing suppliers in the Collectables category

Check out these related news stories from Gift Focus magazine

UK & Eire rights for global icon Miffy are to be managed by Rocket Licensing.

After DRI Licensing's decision to wind down the company it became paramount to find a new home for Miffy. The brand Miffy has been carefully nurtured and grown over the last 20+ years and, according to Mercis, it was important to secure this foundation, but also build on the program to further stimulate visibility and growth.

According to a press release, "We believe that award winning agency Rocket Licensing has all the prerequisites to jointly fulfil this mission and are pleased to announce our partnership in the UK and Eire. Finding synergies between our existing partners and Rocket's established network of best-in-class licensing partners forms a solid base to further build the brand across all categories and age groups."

Aligned to the year-long celebration, demand for Ulster Weavers' limited-edition tea towel, which is available through a range of retailers throughout the UK, US, and Europe, has been more than quadruple what was originally envisaged.

Seven decades on from her accession to the throne in 1952, this year's historic Accession Day was observed on 6 February, officially launching the Queen's Platinum Jubilee celebrations.

As the first British monarch to mark the milestone, the appetite for commemorative memorabilia related to the Jubilee year has been high, explains Joanne Bradley, Business Development Director at Ulster Weavers. 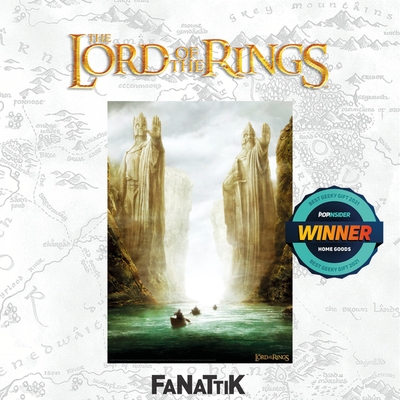 Fanattik, the pop culture specialist, has had four of its licensed products included in the prestigious 'Pop Insider Holiday Gift Guide'. After reviewing thousands of products from companies based all over the world, the magazine, widely seen as a bible for fans of pop culture, selected the 24k gold plated Rocky fight ticket under Collectibles, the Lord of the Rings Elessar Necklace under Accessories and the Harry Potter book cover artwork as well as their Lord of the Rings art print under Home Goods.Anthony Marks, Fanttik Managing Director, says, "This is a huge honour for us, only the best in pop culture gifts get a chance to be in this gift guide and for us to have four pieces chosen is amazing."